The basis for the 'Susanna al bagno' sculpture installation is rooted in the long tradition of 'Susanna' portrayals: for example, by Peter Paul Rubens or by Artemisis Gentileschi. The setting for the 'salle de bains' - initially an installation in a real bathroom in the Museuem Bellerive, Zurich - was completely dark. When a viewer moved past one of the photo sensors in the dark room a bright light was triggered, illuminating for seconds: the viewers become the voyeurs in the history of Susanna. (Carole Klopfenstein, 2003) 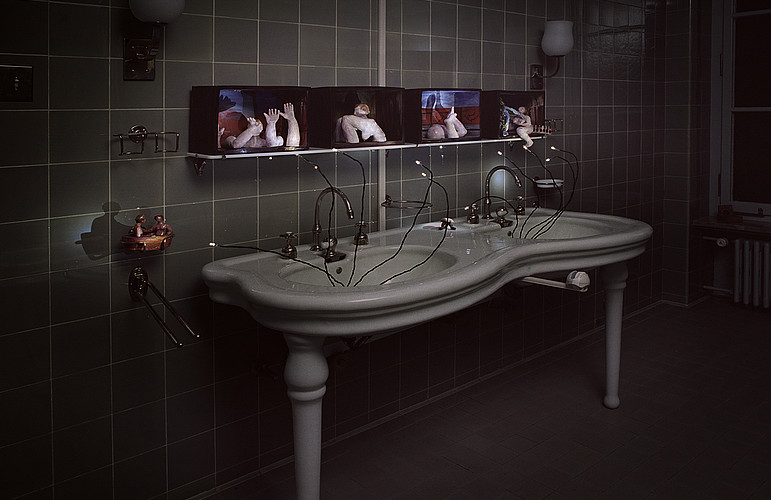 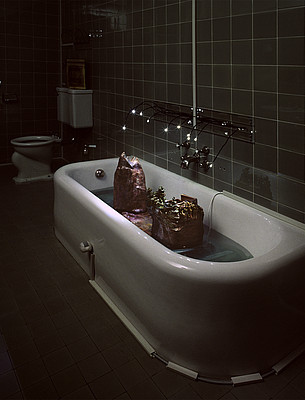 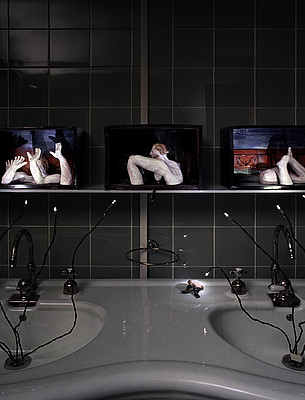 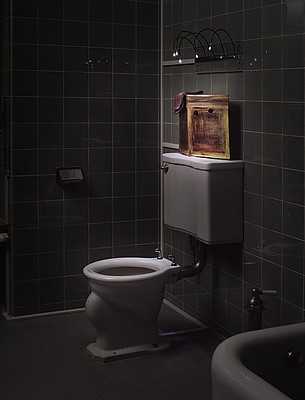