Since the Delanoë era, Château Rouge has been subjected to extensive redevelopment. Entire blocks are interspected with excavation pits and areas of urban wasteland. Upon closer inspection, these seemingly empty spaces are filled with stories of former inhabitants, traces thereof visible in the remaining walls of the neighbouring houses. This gentrification was the impetus for the ' Les friches du Château Rouge' project. (Christoph Ullmann, 2006) 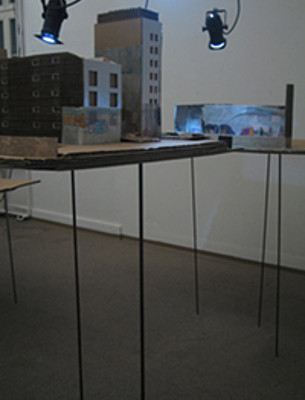